The surroundings of the guest house abound in interesting places whose visit can make your stay in the Time Café guest house even more enjoyable. 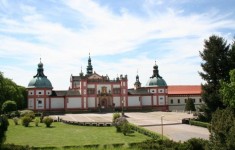 This well-known Marian pilgrimage site, a Baroque architecture gem, has towered above the town of Příbram for more than 300 let. The original chapel from the 14th century was rebuilt, in 1647, by Jesuits to a shrine so beautiful that Svatá Hora quickly became one of the most famous pilgrimage sites in Central Europe. The chapel is open daily. 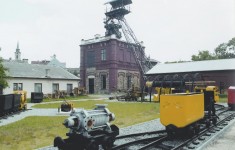 The Mining Museum of Příbram established in 1886 is the largest museum of mining in the Czech Republic. It provides over permanent 40 expositions housed in historical listed structures of Ševčinsky, Vojtěšsky, Anensky and Drkolnovsky mines in a miner’s hut in Březove Hory.

A water wheel and a chute in the Drkolnov underground mine in the Mining Museum of Příbram: This unique technical monument of the world’s significance is a water wheel of 12.4 m in diameter. The technical monument also offers an attraction for both children and adults: a ride down a 51m long inclined shaft (just like a chute ride). 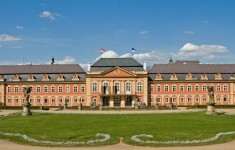 The Rococo palace of Dobříš, a Central Bohemia town, is a vast three-wing building with a square-shaped yard and an interesting French park and a huge English park on its southern side.

The current look of the palace comes from the years 1745-1765 when its Rococo reconstruction was commissioned by Jindřich Pavel Mansfeld. Until the WWII the estate remained in the possession of the House of Colloredo-Mansfeld. In 1942 it was seized by the Nazis who then used as the seat of the Reich Protector. In 1945 became the property of the Czechoslovak state which let it to the Union of Czechoslovak Writers. The Union continued to use the palace under the name the Home of Writers until the 1990’s. 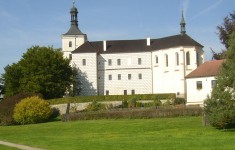 Originally a Gothic fort from the 13th century (King Wenceslas I), the palace gained its Renaissance look -most of which has been retained to this time- in the 16th century. Later, it was extended during the Baroque period. The chapel was finished in 1632. In 1835 and then again in 1889-1890 the palace was reconstructed again and the façade sgraffiti were restored. Today, the estate is embraced by a park that is open to the public.

The Lešetice War Monument near Příbram 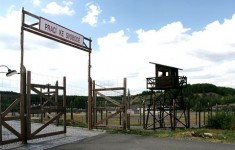 The forests behind the village of Lešetice, 5 km from Příbram, hide the reconstructed remains of a former prisoner-of-war camp where German prisoners were once held. Later, it served as a forced labor camp and afterwards as a penitentiary for the political prisoners of the Communist regime.

The Antonín Dvořák Monument in Vysoká u Příbramě 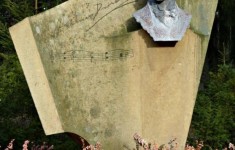 The New Renaissance mansion, a vast park, Rusalka’s lake, the Rusalka Mansion and beautiful landscape became the source of inspiration for the great composer Antonín Dvořák. The premises are open all year round.